1950: exhibits in Guadalajara / advises Barragan in the Pedregal de San Angel in Mexico, D. F. / Exhibition at the Arquitac Gallery in Guadalajara.

1961: conforms part of the "Exposición de los Hartos" an international confrontation of contemporary artists, led by Mathias Goeritz, which was held at the Antonio Souza Gallery.

1968: the House of Culture Jalisciense presents a retrospective exhibition of his work.

1972: the gallery that bears his name in Mexico City presents an exhibition of his work.

1975: last exhibition in the Pecanins Gallery in Mexico City.

His works were exhibited at the Foggs Museum in Boston next to Picasso, and also in the Haymarket Gallery in London.

1962: receives a tribute at the Palace of Fine Arts.

Chucho Reyes, was a Mexican painter, collector and antiquarian who lived in Guadalajara and Mexico City. He is one of the most original artistic personalities of the twentieth century Mexican Art, considered an example of aesthetics to great artists of the stature of Mathias Goeritz, Juan Soriano, Pablo Picasso and Marc Chagall among others.

He incorporated in his work a contemporary view, icons and materials of Mexican popular culture, especially the role of crêpe paper.

Chucho Reyes started painting this type of papers in order to use them to wrap antiques for customers of his store, however, these "papers", began to be appreciated as works of art, although he rejected this category, denominating himself as "embarrador de papeles" or simply craftsman.

His parents were Buenaventura Reyes y Zavala and Felipa Ferreira Flores. His father homeschooled him before attending a private institution where he completed his primary education in 1894. Then he attended to drawing classes at the Lyceum of Men and worked in the "Lithography and Printing of Loreto and Ancira". Later he worked in a chocolate factory (1895-1896), where grease stains on paper helped to awaken his artistic creativity, then he worked in a shop of art materials, the "Casa PeVandini" of Guadalajara; after a while he was promoted to showcase manager and decorated the windows (1896-1899). That store was frequently visited by Amelia Rivas, a young woman who belonged to the tapatía elite, they felt in love; Amelia died shortly after (1900), of tuberculosis, which left a deep impression that was reflected later in his works.  Reyes never got married.

During his life, he collected antiques, which he sold in his shop, and became fascinated by Mexican traditional cultural expressions, that he often observed. In turn, he was also familiar with the languages ​​and expressions of universal painting, knowledge he put at the service of its sophisticated spontaneity, incorporating the popular expressions in the high cultural spheres expressions.

Phrases said about the painter

"... A folklorist painter? No way! That would be an aberration: Jesus Reyes Ferreira is an authentic and great creator of popular root. More a creator, who doesn´t invent a popular style or restrospectivistic, in the same way that all the formalists of today do… the folklorist style comes from inside of him, of his body, of his emotion, and not from the intellect, the head. Thus, he is Mexican in an integral way and an example of aesthetics for us…”

(Ferreira was about to turn seventy years old)

"... You can´t talk about art in Mexico without referring to Chucho Reyes ..." 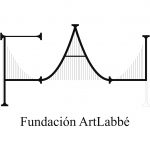 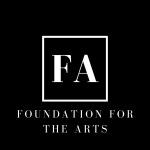